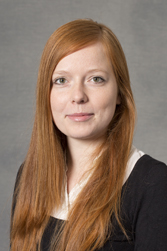 A survey of Genetic Improvement of Software Systems

Genetic improvement uses computational search to improve existing software with respect to a user-defined objective function, while retaining some existing behavior, usually captured by testing. Work on genetic improvement has already resulted in several awards. This includes work on automated program repair. GI has been used, for instance, to automate the process of software specialization, optimize program efficiency, and to minimize memory and energy consumption. GI has also been used to transplant functionality from one software to another in an automated way. I will give an overview of the genetic improvement area and present key components of a GI framework.

Justyna Petke is a Principal Research Fellow and a Proleptic Associate Professor at the Centre for Research on Evolution, Search and Testing (CREST) in University College London. Her main expertise lies in genetic improvement (GI) which uses automated search to find improved software versions, and she currently holds an EPSRC Early Career Fellowship on GI. She also has expertise in Combinatorial Interaction Testing, Search-Based Software Engineering and Constraint Satisfiability Solving.

The development of renewable energy is fundamentally changing the power grid. While the percentage of electricity produced from renewable sources often receives most public and political attention, the underlying physical transformation of the grid is more profound and creates many technological challenges as well as opportunities for electrical engineers. With converter-based generation from wind and solar replacing conventional power plants, the grid is increasingly dominated by converters. Since the best renewable resources are usually at remove locations, new transmission infrastructures are also required to support large wind and solar projects, and HVDC transmission is often preferred because of its ability to work over long distance and to enhance, or black-start the local grid. This combination of converter-based generation and transmission, coupled with converter-based loads such as electronics, motor drives, and electric vehicles, is creating a future grid that is very different from conventional power systems.

This talk gives an overview of the growing applications of converters in power systems, discusses the fundamental differences between converters and machines, and presents a frequency-domain method for stability study of converter-based power systems.

Professor Jian Sun joined the faculty at Rensselaer Polytechnic Institute (RPI) in 2002, where he is currently a Professor in the Department of Electrical, Computer and Systems Engineering. He is also Director of the Center for Future Energy Systems (CFES) funded by New York State government. His research interests are in the general area of power electronics and energy conversion, with an emphasis on modeling, control, and different applications including renewable energy and power systems.

Professor Sun received his Dr.-Ing. Degree from the University of Paderborn in Germany. Prior to joining the faculty at RPI, he spent five years at Rockwell Collins working on power electronics for aircraft power systems, and was a Post-Doc Fellow at Georgia Tech from 1996 to 1997. As Director of CFES, he is responsible for the strategic directions and development of the Center’s research, industry collaboration, education, and outreach programs. His professional services to the power electronics community included serving as Editor-in-Chief of IEEE Power Electronics Letters from 2008 to 2014 and as Treasurer of IEEE Power Electronics Society since 2013. He is also an active consultant to the industry and has worked in that capacity with many international corporations including GE Aviation, Rockwell International, United Technologies, Facebook, GE Power, First Solar, China State Grid, and TenneT.

This session reviews the use of set-based methods in fault diagnosis (FD) and tolerant control (FTC). Set-based methods use a deterministic unknown-but-bounded description of noise and parametric uncertainty.

These methods aims to check the consistency between observed and predicted behaviour by using simple sets to approximate the exact set of possible behaviors (in parameter or state space). When an inconsistency is detected between the measured and predicted behaviour obtained using a faultless model of the systems, a fault can be indicated. Otherwise, nothing can be stated. The same principle can be used to identify interval models for fault detection and to develop methods for fault tolerance evaluation. Finally, some real applications will be used to illustrate the usefulness and performance of set- methods for FDI and FTC.

Professor Vicenç Puig received the telecommunications engineering degree in 1993 and the Ph.D. degree in Automatic Control, Vision, and Robotics in 1999, both from Universitat Politècnica de Catalunya (UPC). He is Full Professor of the Automatic Control Department and a Researcher at the Institut de Robòtica i Informàtica Industrial, both from the UPC. He is currently the Director of the Automatic Control Department and Head of the Research Group in Advanced Control Systems at UPC. He has developed important scientific contributions in the areas of fault diagnosis and fault tolerant control using interval and linear-parameter-varying models using set-based approaches. He has participated in more than 20 European and national research projects in the last decade. He has also led many private contracts with several companies and has published more than 100 journal articles and more than 350 in international conference/ workshop proceedings. He has supervised over 15 Ph.D. dissertations and over 40 master’s theses/final projects. He has been the Vice-chair of the IFAC Safeprocess TC Committee 6.4 (2014–2019) and currently is the chair. He has been the general chair of the Third IEEE Conference on Control and Fault-Tolerant Systems (Systol 2016) and he was the IPC chair of the IFAC Safeprocess 2018. 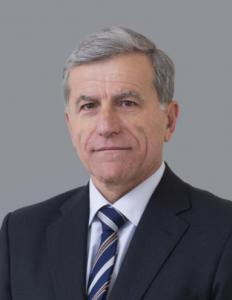 Energy storage is considered by many as the Holy Grail of future decarbonized systems, characterized by nearly 100% share of modern renewables, much more distributed and less controllable. This keynote speech first discusses the main reasons why massive amounts of energy storage capacity will be needed beyond this decade. Then, a brief overview is provided of those technologies which are most promising to fill the existing gap in stationary applications, with special attention to pumped storage and batteries. Finally, the main applications in power systems, from generators to prosumers are illustrated, and some prospective data regarding future deployments of energy storage assets are provided.

Professor Antonio Gómez-Expósito received an Industrial Engineering degree, major in Electrical Engineering, and a Doctor Engineering degree, both with honors from the University of Seville (Spain), where he has chaired the Department of Electrical Engineering for almost twelve years and is the “Endesa Chair” Professor since 2007. He has coauthored over 300 publications, one half of them in high impact journals, and a dozen books, the most popular ones being “Power System State Estimation: Theory and Implementation” and “Electric Energy Systems: Analysis and Operation” (2nd edition 2018).

He has been principal investigator or participated in over 150 research and technology transfer projects, many of them in close cooperation with the major national and European utilities. He leads a research team composed of some 30 researchers, including six Full Professors, from which the start-up Ingelectus originated in 2012. Prof. Gómez-Expósito is a Fellow of the IEEE since 2005 and past editor of several journals, including the IEEE Transactions on Power Systems. He has received many professional recognitions, including: IEEE Outstanding Power Engineering Educator Award (2019), Golden Insignia by the Spanish Association for the Development of Electrical Engineering (2013) and Research and Technology Transfer Award, granted by the Government of Andalusia (2011). In 2013 he was elected a member of the Royal Sevillian Academy of Sciences, and became engaged with the Board of Managers of the Spanish TSO (REE) in 2018. 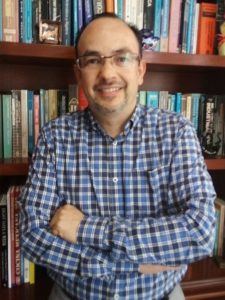 In search of emotional traces: detection of depression through social media

Every day the Internet witnesses a great amount of people activity in many different social media networks. They allow us to share –personal– information very easily, and with it, they offer us innumerable new opportunities for business intelligence, personalization, and health monitoring.
This talk aims to resume some of the work we have developed in the previous two years towards the detection of social media users suffering from depression. Particularly, it presents three machine learning methods based on the analysis of emotions, which are supported on idea that depressed and non-depressed users must show different emotion distributions and trends in their posts. The talk will conclude with a brief overview of our ongoing work in this task, considering the application of deep learning techniques and the development of cross-language solutions.

Manuel Montes is originally from Morelia, Michoacán. He studied Electronic Engineering at the Technological Institute of Morelia, then he obtained a Master’s Degree in Electronics from the National Institute of Astrophysics, Optics and Electronics (INAOE), and a Ph.D. in Computer Science from the Computing Research Center (CIC) of the National Polytechnic Institute (IPN) of Mexico in 2002. Currently, he is Full Professor at (INAOE). His research is on automatic text processing. He is author of more than 250 journal and conference papers in the fields of information retrieval, text mining and authorship analysis, which have earned him the recognition of National Researcher Level II (SNI II) and be member of the Mexican Academy of Sciences (AMC). 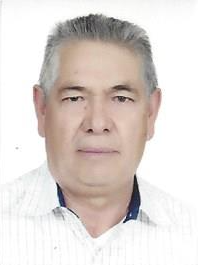 Vision and Challenges of CENACE Faced with the Pandemic

On August 28, 2014, the agreement to create the National Center for Energy Control (CENACE) was published, as a decentralized public body of the Federal Public Administration, sectorized to the Ministry of Energy, with its own legal personality and assets, residing in Mexico City.
The tasks assigned to CENACE were “to exercise the Operational Control of the National Electric System; the operation of the Wholesale Electricity Market and guarantee open and non-unduly discriminatory access to the National Transmission Network and the General Distribution Networks, and propose the expansion and modernization of the National Transmission Network and the elements of the General Distribution Networks that correspond to the Wholesale Electricity Market. The challenge is enormous given that electricity is the engine of economic and social development of any country, and it is the function of CENACE to execute the control in an effective and efficient way, but in a transparent and impartial way for all the actors of the National Electric System. Hence the importance of the vision that CENACE has and must have, and the challenges it must face.
inthis talk, a general overview is presented about the challenges CENACE faces every day, in its daily function, in harmonizing the different types of electric power generation technologies to satisfy the country’s demand for electric power, with adequate margins of safety and reliability, sustainability, sufficiency, quality and economy. This requires and implies many fronts to fulfill its basic tasks, among which we can mention, the application of technological developments, interaction and feedback to technology developers, strategies and synergies that must be done with participants in the electricity sector, as well as the interaction with research centers and the academic sector, both national and international.

Eng. Jesús González Flores. Electrical Engineer graduated from the Technological Institute of Morelia (1975). Master in Electrical Engineering at UNAM (1977). Master in Administration and Finance at the Universidad Anáhuac del Sur (Honorific Distinction, 2000). With extensive experience in Electric Power Management, as well as in the Operation and Planning of Electric Power Systems. He has published several technical articles in national and international conferences. He is Senior Member of the IEEE (Institute of Electrical and Electronics Engineers) and Member of CIGRE (Conseil International des Grands Réseaux Électriques, International Council of Large Electrical Networks). Eng. González has been a professor in Electrical Engineering career subjects in different higher education institutions, likewise, he worked 26 years in the Federal Commission occupying various positions related to the Operation and Planning of the National Electricity Network, being the last position that of Assistant Manager of Electrical Networks of the Specialized Engineering Management.

Suscribe to our website and you will receive news about:

and last but not least, keep informed about all the activities around the International Autumn Meeting on Power, Electronics and Computing.